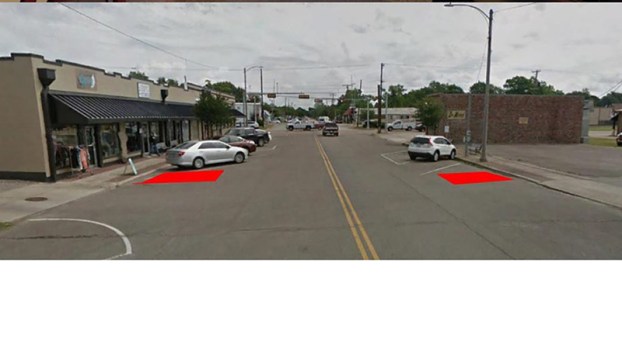 This visual presentation from the City of Nederland shows in red where the pillars of the sign will be located.

Funded through the Nederland Economic Development Corporation, the project will be handed over to the City of Nederland as an asset once completed.

The effort was unanimously approved following brief concerns raised Monday night by city staff and council members about the need to provide final approval before all changes are approved.

“(The EDC) still needs to work out these issues before (the city) issues a permit,” Duque said. “That is what complicates this. The $179,200 is not likely going to be the final cost, because the concrete alone is going to be several thousand dollars more to strengthen.”

Councilman Talmadge Austin asked: “What’s the big hurry for us to go ahead and approve this” before the end of year, wondering if the EDC’s push had something to do with end-of-calendar-year money?”

He did note he thought the mockup of the archway is “beautiful.”

EDC Executive Director Kay DeCuir said a drainage study, as requested by the city, is taking place, and all other issues brought up by the city staff are being addressed. 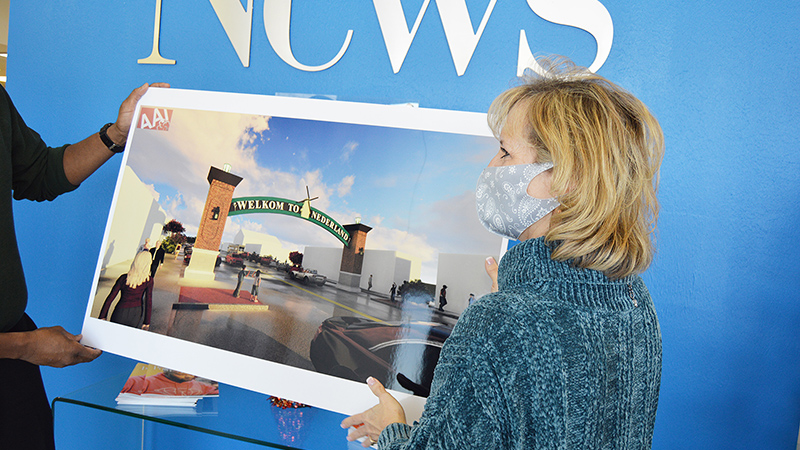 Councilman Emmett Hollier asked about approving the $179,200 total or possibly considering a different, higher price at a later date.

Addressing Hollier directly, DeCuir said the EDC board wanted final approval this week to wrap up all city council-needed votes, “so we can be able to put a bow on it and say we are ending the year 2020 on a positive note. It has nothing to do with finances.”

The project — dubbed The Gateway Arch to Nederland — will be constructed near Boston Avenue’s intersection with Twin City Highway just west of Cropo’s Barber Shop and cross the street to between Lee Michael Hair Parlor and Cuttin Corners Vinyl.

LED lighting includes lamps on the east-facing side of the pillars and dome-shaped lights on top of the pillars to match a previous EDC effort on Boston Avenue.

The red brick will come from Acme Brick, and construction materials include black metal at the top and bottom of the pillars.

The height at the center of the arch is 17 feet, 2 inches, and “Welkom to Nederland” appears on both sides in honor of the city’s Dutch heritage.